One of the largest inland city of Australia, Canberra the capital city of Australia is surrounded by native bush-land and is often referred to as the “bush capital”. Canberra being one of the most modern city in Australia is home to almost 400,000 people and is rated as a highly educated and the eighth largest city in the world, which truly makes it a star in its own right.
PARLIAMENT HOUSE: Representing the robust development of the city of Canberra from a remote bush-land to an urban democratic capital of Australia, the Parliament House gives an introduction to the House of Representatives procedures. Opened on 9th May 1988 by Queen Elizabeth II, the queen of Australia, it displays some of the finest historical treasures and contemporary art of Australia. Designed in the shape of two boomerang it is topped by an 81 meter or 266 ft flagpole and contains 4,700 rooms.

PARLIAMENT HOUSE
AUSTRALIAN WAR MEMORIAL: A landmark memorial in Canberra, to commemorate the sacrifice of the members of its armed forces and supporting organizations who served or died in the wars of Australia. Comprising of a shrine, a world-class museum and an elaborate archive, the main aim of the Australian War Memorial is to give a first hand experience and educate the Australians into understanding the long lasting effects of the war on the Australian society.

AUSTRALIAN WAR MEMORIAL
LAKE BURLEY GRIFFIN: Named after the creator of Canberra, this jewel of a lake was created in 1963, when the 33 m high Scrivener Dam was erected on the Molonglo River. Attracting tourists and locals at the same time Lake Burley Griffin ensures that you loose yourself in its picturesque surroundings. Once at Lake Burley Griffin one is spoil for choice as it provides many opportunity for recreation, whether its enjoying a picnic at one of its numerous gardens and parks , or simply taking a walk or cycling along its 40 km shoreline, if you prefer adventure just opt for kayaking, stand-up paddle boarding or simply get onto a boat or a cruise for a leisure trip.

LAKE BURLEY GRIFFIN  (image courtesy Traveljee)
MOUNT AINSLIE: Known for its breathtaking panoramic view of Canberra, Mount Ainslie is a hill with an elevation of 2,766 ft. Located in the northeastern suburbs of Canberra, Mount Ainslie with its picture perfect scenery is a treat for its visitors especially at sunrise and sunset. It can be easily reached by cycling, driving or simply walking while capturing the different scenic magnificence of the mountain ranges. Mount Ainslie is like a clinging tendril of happiness for its visitors looking forward to an amazing view of the city and its surrounding areas along with sighting of some rare birds and kangaroos. 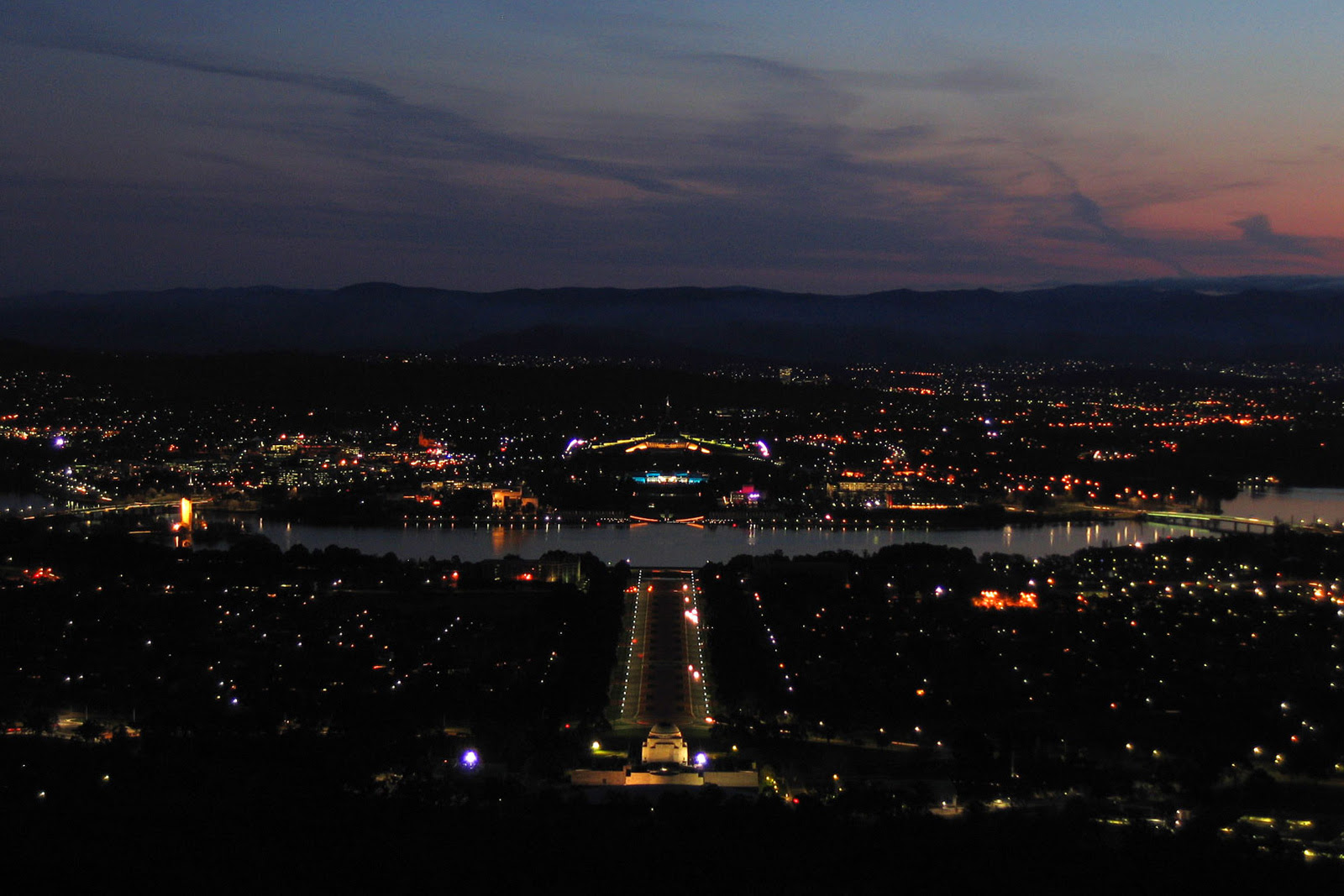