The Shining Jewel Of QATAR, DOHA

Located on the coast of the Persian Gulf , Doha is the capital of Qatar. A fast growing modern and multicultural city, Doha is known as the shining jewel of Qatar. Accommodating most of the population of the country, Doha’s biggest attraction is its Corniche.
DOHA CRONICHE: Undoubtedly one of the most attractive features of Doha, is the Doha Croniche, a seven kilometer long waterfront promenade along the glittering Doha Bay.
The Doha Croniche is surrounded by lush shades of greenery and impressive architecture. A very pleasant and beautiful view of the harbor awaits you  where the dhows are docked or simply be entranced at night by the colorful lights on the boats and along the boulevard.

DOHA CRONICHE (image courtesy Doha Life)
MUSEUM OF ISLAMIC ART: Located on one end of the seven kilometers long Croniche in the capital city of Doha, Qatar, is the Museum of Islamic Art. A building of architectural wonder, the museum is built on an island off an artificial peninsula. Representing Islamic art from three continents, the museum houses some amazing masterpieces of Islamic art dating from the 7th to the 19th century including some fascinating metalwork, jewelery, ceramics, glass, woodwork, and textiles. The pieces collected over the years from personal homes of ordinary people as well as from the prince’s treasure have an enticing story to tell about its origin.

MUSEUM OF ISLAMIC ART (image courtesy Destination Amari)
SOUQ WAQIF: A major attraction in Doha, Qatar the Souq Waqif or the “standing market” is the oldest Souq dating back to atleast hundred years. Its Qatari Architectural style was renovated in the year 2006 for conservation. Highly recommended , the Souq  Waqif is always bustling with with tourists who come here for an authentic taste of the Qatari culture and enjoy some shopping of traditional garments, spices, handicrafts and souvenir. One of the best places in Doha, for a mouth-watering culinary experience, the Souq Waqif houses shisha lounges, restaurants and cafes. It is a wonderful place to explore the beauty of Doha. 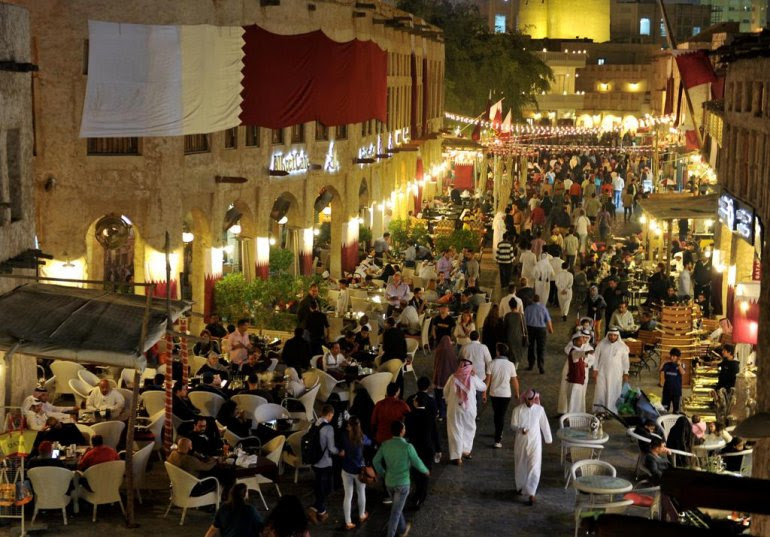 SOUQ WAQIF (image courtesy qatarliving.com)
THE PEARL QATAR: Spreading for nearly four million square meters, the Pearl Qatar is a man-made Island off the West Bay Coast. Exuding with intoxicating ambiance the marinas of the Pearl Qatar are lined with Mediterranean style yachts, cafes, restaurants and some of the best hotels in the business, which gives an amazing culinary experience. The Pearl Qatar is also known for its malls with the best brands in the market having outlets there. Being the first land of its kind, the Pearl Qatar is available for freehold ownership by the foreign nationals and once completed it will create over 32 kms of new coastline.

THE PEARL QATAR (image courtesy urwallpapers.com)
ASPIRE TOWER: Built to house the symbolic Flame of the 15th Asian Games in the year 2006, the Aspire Tower is a 300 meter tall skyscraper hotel in Doha, Qatar. Built by architect Hadi and AREP the Aspire Tower is built in a modern architectural style. The flame was placed atop a tower with a unique design during the Asian Games was later replaced by a laser beam. The 36 storey landmark happens to be the world’s tallest to be clad with woven wire cloth and accompanied by LED lights which light up the tower at night. 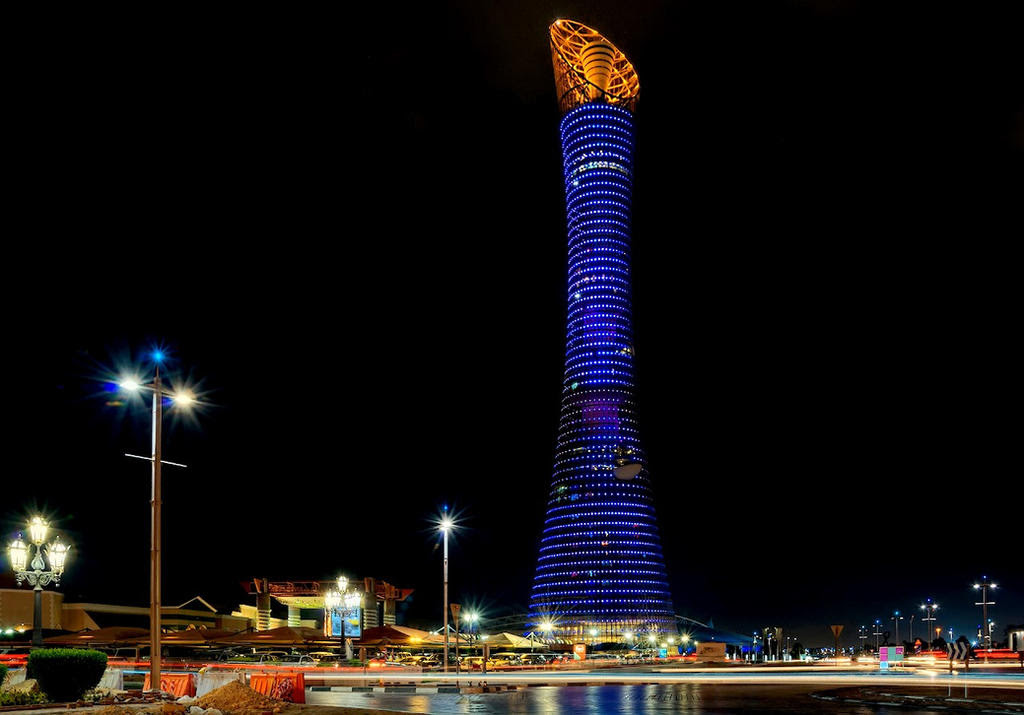 ASPIRE TOWER (image courtesy nido5 – DeviantArt)
AL WAJBAH FORT: Situated 15 km west of Doha, Qatar, this historic landmark stands witness to the important battle fought by the army of Sheikh Jassim Bin Mohammed, who defeated the Ottoman army in 1893. Considered one of the oldest forts in Qatar, the Al Wajbah Fort was built in the late 18th or early 19th century. The most prominent features of the fort are its four watchtowers placed at each corner and the slits from where the arrows and the bullets could be fired. 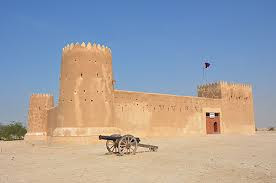